ETL behavior is critical both for takeoff and when approaching a landing, especially pinnacle approaches. On takeoff ETL gives you a "kick in the pants" that you can feel while climbing out, which is a good thing. But when you fall out of ETL on approach requires the addition of a lot of power, which is counterintuitive to fixed- wing pilot experience ("hey, I'm almost ready to cut power!"). The risk is that you won't have enough power after ETL ends, depending on the landing zone temperature and altitude, which can result in a hard landing or even a crash.

This brings up an important lesson for helicopter flying. Just because helicopters can hover doesn't mean you'll always be able to hover on every mission. Sometimes the density altitude requires a running/rolling takeoff, in which you drag the skids (or wheels on big birds) over the ground until you reach ETL, and then get airborne. When you come back to land, you have to be prepared for a shallow approach and running/roll-on landing, which is quite spectacular the first time you do it :). You must be prepared to perform both maneuvers on the private pilot check ride.

I think at least 10% of the time in sunny Southern California I've had to do running takeoffs and landings.

Thanks to Packet Guy for helping us to gather this information 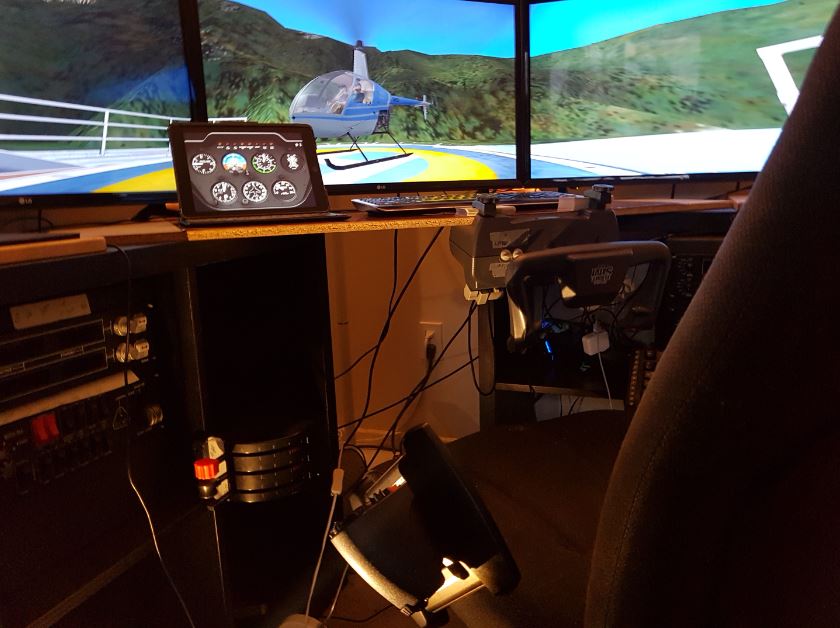